To add a Christmassy vibe and some fun into the regular games, gaming providers launch season special games as soon as the holidays set in. And this year, Quickspin has launched two unique games with exciting holiday themes!

The Crystal Prince takes place in a magical, snowy land. You can even see the Auroras in this game. Jack Snow (Crystal Prince) waves his wand and shows us the miracles of the snowy nature. The Crystal Prince has been launched on 24th November, and you can enjoy the game in the New Games section.

Meanwhile, the second game, Big Bad Wolf, revisits the kids' fable of the 3 little pigs. This Christmas Special game has the Big Bad Wolf as the mascot. You will see that very Wolf in Christmas attire! The Big Bad Wolf can be played across the online casinos from December 1. 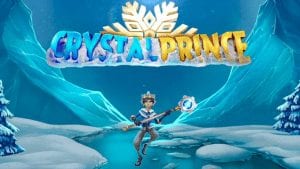 Crystal Prince features an enormous grid with 8 rows and 6 reels. The game is set against a backdrop of snowy mountains and relaxing music.

The pokie machine is moderately volatile with a 96% RTP. The minimum spin will cost you $0.20, and the maximum limit is $100 per spin.

Considering the lowest $0.20 bet with 6 icons on the pay line, the payouts will be –

$0.05 for the blue or green snowflake

$0.06 for the red or yellow snowflake 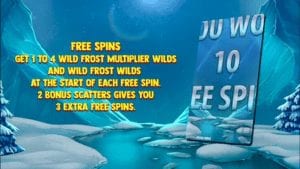 Here are all the features that you need to know before playing!

This wild appears as a golden cube with a W. It shows up randomly and replaces all characters excluding the Wild Frost Multiplier and the Scatter.

The snowflake that has a blue middle is the bonus scatter. The free spins are –

A guaranteed Wild Frost Multiplier Wild or Wild will show up for each spin. If you are lucky, you might get up to four of those bonuses per spin. Additionally, players can win three extra spins if 2 bonus scatters show up while free spins are active.

This multiplier appears as a golden diamond with an X2 or X3 on it. It replaces all the icons but does not replace Wild Frost Wild and Scatter. It is a multiplier for any winnings that are included in that round. If more than one multiplier shows up on the payline, they get multiplied.

The Snowfall occurs with all the victory spins and creates a new line of symbols. Each winning spin is accompanied by snowfall and an additional line until it touches the limit of 8. When the limit is touched, the Blizzard Seal unlocks, and you get up to 3 Multiplier Wilds.

When the Blizzard Seal dissolves, it launches the Blizzard Mode. It freezes all the victory symbols, wilds, scatters or any other precious symbols. The other characters tumble down, and the ones that are left, cascade down, and new symbols replace the blank places. This keeps on happening until there are no winning pay-lines left.

Players can buy a unique feature and turn it on during the basic game. It will cost you 60x the bet, and it turns on the Wild Frost Free Spins with 3, 4, 5, or even 6 bonus scatters. Buying this feature raises the RTP to about 96.5%. 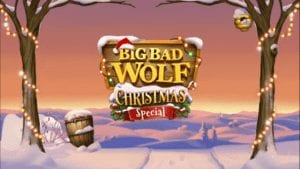 You are about to see a well-dressed wolf with skinny denim and a Santa cap. The grid is a barn dressed up for holiday season and sprinkled with snow. It features 5 reels and 3 rows.

The scenery is apt for the holiday season with a snow-clad landscape and sunset along with the pleasant melody. The Big Bad Wolf keeps an eye on the game from the side of the screen.

You can spot the pigs as characters on the grid along with the classic King, Queen, Jack, 10, and Ace. This Christmas Special pokie has an incredible 97.34% RTP and is moderately volatile. 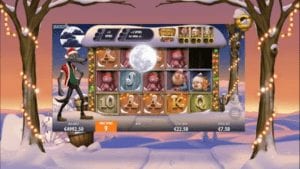 Check out the Big Bad Wolf features below before playing!

When the swooping reels hit a winning pay line a second time, the pig symbol gets converted into a wild. This happens for every alternate win.

These reels are falling symbols that are turned on after a victory payline. The winning icons tumble down and are replaced by new symbols. This keeps on happening until there are no winning pay-lines left.

This Scatter gives three extra spins. When three scatters show up in the basic gameplay, you get a bonus round with 10 free spins.

Blowing Down the House

The ten free spins round is named Blowing Down the House. You can catch the moon icons that appear on the last reel and get extra free spins and an X2 multiplier. The free spins can be activated again if the Wolf Scatter turns up.

Where Can You Find These Games? 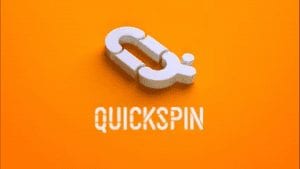 The Crystal Prince can be played now, while the Big Bad Wolf Season Special game will be available in December. You can enjoy these games on Australian casino sites that are powered by Quickspin. Casinochan, Playamo, Bao Casino, Trueflip Casino, Woo Casino, and many other casinos will feature this game for Aussies.