The holiday season is a favourite time for gamblers as the online casinos offer a bunch of holiday-themed games. And this year, Play’N GO has released their special holiday game on November 5, and it is inspired by a novel!

The Theme of the Game

The Game ‘Holiday Spirits’ is based on the famous Charles Dickens novel ‘A Christmas Carol’ published in 1843. The book tells the tale of Ebenezer Scrooge who changes himself after he experiences life from other’s eyes. Scrooge is accompanied by the ghost of Jacob Marley, his former business partner.

Play’N GO has taken this theme for its Holiday game in 2020. Australian players can access this game on any online casino that is powered by Play’N GO and is available in Australia.

A Different Kind of Christmas Game

Unlike the usual Christmassy games that you see at online casinos, Holiday Spirits is a unique representation of the novel. Certainly, Play’N GO has put in some extra effort.

The game is set in the sitting room which is elaborated with a pile of books and a fireplace. You can spot snowfall through the window and a decorated Christmas tree. The spirit of Jacob Marley wanders in with an unsettling smile alongside some dramatic music. Marley takes the game ahead.

Holiday Spirits is a 3×3 game and has five paylines. The pokie machine has a 96.54% RTP and has medium volatility. The minimum bet starts at $0.05, and the range gradually increases to $100 per spin. 1600x is the maximum win for the bet.

When you manage to line three same symbols, you win. Considering the minimum $0.05 bet, the payouts are –

The Holiday Spirit features in bonus and regular play are sure to attract a lot of players.

The clock is the first thing that players will notice when they start the game. Ebenezer’s clock is placed in the middle of the line just above the grid. Any random spin can trigger the clock and transform into a 2x, 3x, 4x, 5x, or even a 10x multiplier. 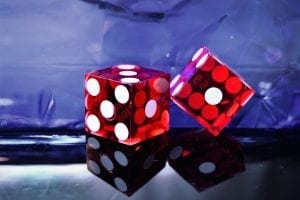 You will spot Ebenezer's Gift to the right of Ebenezer's Clock. Just like the clock, the gift box is triggered randomly. The gift presents the player with 2x that can be used to double any active multiplier. This feature is available in the regular game and bonus game.

As we mentioned earlier, the wilds (Ebenezer Scrooge) are the highest-paying symbols in this game. Lining up the wilds can get you up to $24 for a bet of $0.05. The Wilds in Holiday Spirit can be substituted for any and every symbol.

The Double Stacks can also appear randomly show up on the grid. When two stacks of similar symbols appear on any two out of the three reels (and there is a multiplier active on the clock), the players get a spin of Christmas Past, Christmas Present, or Christmas Future with a win guaranteed. 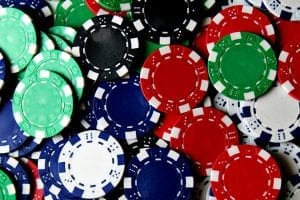 Players can win a spin at Christmas Past when the Ebenezer’s Clock has a 10x multiplier and the Double Stacks show up. The Christmas Past grants the player a re-spin. The stacked reels remain as they are. And each time a spin does not generate a win, the multiplier reduces to 5x, 4x, 3x, and finally 2x. The 2x multiplier guarantees a win, and then the boost ends.

Players will get the Christmas Present feature when the double stacks appear, and Ebenezer's clock is set on 3x, 4x, or, 5x multiplier. Christmas Present, too, gives a re-spin with sticky stacked reels. Here, the multiplier remains the same and yet guarantees a win.

And lastly, the Christmas Future is activated when the Ebenezer's clock is at 2x multiplier, and Double Stacks appear. Again, the stacks do not change. Unlike Christmas Past, each time a spin does not produce a win, the multiplier increases to 3x, 4x, 5x, and even to 10x. And the 10x comes with a guaranteed win.

Holiday Spirits: Where to Play

Players can try out the game for free before they decide to play for real money. The Play’N GO website has a free demo version (with loads of free game money) of Holiday Spirits for players. However, players should note that the game has to be reloaded if they leave it unattended and the session ends.

Australian players can play Holiday Spirits at Playamo Casino, Casino Chan, Bao Casino, Trueflip Casino, and other Australian casinos powered by Play’N GO. Input ‘Holiday Spirit’ in the search bar if the game does not show up in the New Games section.

This website uses cookies to improve your experience while you navigate through the website. Out of these, the cookies that are categorized as necessary are stored on your browser as they are essential for the working of basic functionalities of the website. We also use third-party cookies that help us analyze and understand how you use this website. These cookies will be stored in your browser only with your consent. You also have the option to opt-out of these cookies. But opting out of some of these cookies may affect your browsing experience.
Necessary Always Enabled
Necessary cookies are absolutely essential for the website to function properly. These cookies ensure basic functionalities and security features of the website, anonymously.
Functional
Functional cookies help to perform certain functionalities like sharing the content of the website on social media platforms, collect feedbacks, and other third-party features.
Performance
Performance cookies are used to understand and analyze the key performance indexes of the website which helps in delivering a better user experience for the visitors.
Analytics
Analytical cookies are used to understand how visitors interact with the website. These cookies help provide information on metrics the number of visitors, bounce rate, traffic source, etc.
Advertisement
Advertisement cookies are used to provide visitors with relevant ads and marketing campaigns. These cookies track visitors across websites and collect information to provide customized ads.
Others
Other uncategorized cookies are those that are being analyzed and have not been classified into a category as yet.
SAVE & ACCEPT